David Puck is a young traditional figurative painter, primarily working in spray paint and acrylic/oil, both in studio and as public murals.
Their work currently looks at queer experience and mental health – playing with visual and conceptual dichotomies such as abstraction and realism, pop and melancholy.
In particular they work closely with queer communities and artists, drawing from their own experience as a queer performance artist and queer community organiser.
They are originally from the UK and work between there, Los Angeles, and travelling.

Their work has been featured by sites such as Juxtapoz, Sold Mag NY, StreetArtNYC, World of Wonder and Buzzfeed. And Publications such as SF Weekly, Leur, and LA Mag.
They have been featured on television in Germany (Berlin After Dark), Mexico (Jonas Vloggers: Asi Somos), and USA (GoodDay Sacramento, Fox40).

They are represented in the Bay Area California by Art Attack SF. 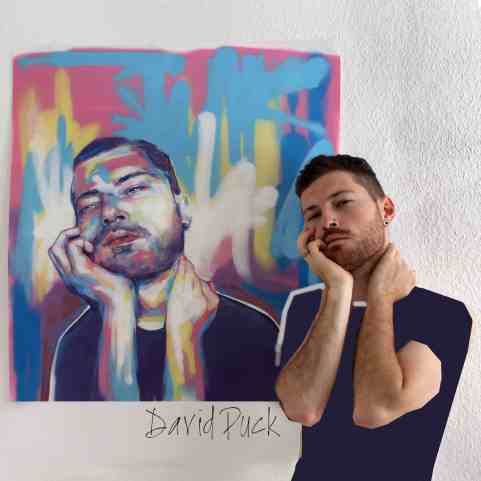